Each year the Earth Pathways Diary Seed Fund awards are given to a project or projects that help the Earth. The competition was very close this year and monies have been allocated as follows.

£300 awarded to  Earth Activist Training ; based at Landmatters in Devon nominated by Jaine Rose

£250 awarded to  Wirksworth Community Garden ; started in 2010 by volunteers nominated by Denise Bristow and Rosemary Blenkinsop

Below is a summary of each project and how it plans to use the money.

The Earth Activist Training Collective organise courses incorporating Permaculture and Earth based  spirituality for uk and European Activists. Activists come from a broad range of  environmental  and social justice projects and campaigns. In the past these have included ……..no borders campaigns and camps, womens rights, anti globalisation movements including the clown army,  anti nuclear and arms trade campaigns, community gardens, the co-operative movement, animal rights, land projects such as landmattters permaculture project, womens environmental network, climate action including climate camp and plane stupid, and many more. The Earth Activist Training (EAT) was created by well known activist , author and witch Starhawk and has been running in the uk since 2000. Any money received from the earth path ways donations will be used to fund free and low price places for activists on low or no income.
For more info www.earthactivisttraining.org.uk

Lindy Brooktweed has created a beautiful outdoor space for peaceful contemplation and appreciation of the land at Stanmer Organics, outside Brighton. She has planted a (now mature) living willow dome used for meditation and sacred ceremonies. Plus areas planted with native species for meditative beauty and to encourage wildlife.  Lindy runs a monthly outdoor meditation and hosts other workshops and events in the summer months - all for donations, only taking expenses for herself and the rest either re-invested in planting or for other earth-based charities. She (and ‘friends of Breathing Space’) is now dreaming of building a more weatherproof,  structure with sustainable materials on a little used area, so that there can be more contemplative and educational activities planned and hosted more readily at Breathing Space in rainy and cold weather.

St Dogmaels Allotments Association, formed in 2011, was very grateful for the generosity of a local landowner who was prepared to lease us approximately 3 acres of land for 10 years at a rent of £250 per year. There are over 30 plots each about 200 square metres. All but 6 plots have now been taken by people delighted at last to have Allotments for the village. We are raising money to provide rabbit proof fencing (there are voracious rabbits here) and a water supply with distribution to troughs around the site.
We have a Core Group of 4, a chair, vice chair, treasurer and secretary who manage the allotments. The Allotment site on the banks of the river Teifi is beautiful with background calls of shelduck, curlew, geese and oystercatcher.
The group is sorting out a water supply, rabbit-proof fencing between plots and would like a community shed where groups could meet. Any money towards the development of this project would be very gratefully received.

Wirksworth community garden was started in September 2010 by a small group of volunteers inspired by Local Transition Meetings.They wanted to grow more food,herbs,fruit and flowers locally and help people learn or relearn the skills of gardening. A local business leased them the land which at the time was derelict. Since then, the group has held monthly planning meetings and workdays.
They have cleared the ground, built a gate, nine raised beds, filled them with topsoil and grown a goodly crop of vegetables. They have planted a Fruit Area, a Medicinal Herb Bed and a Bee Friendly Border. They are about to plant a Hedge and start work on a Woodland Area which will have Nut Trees, Damsons and Crab Apples, a Wildlife Pond and Bee Hives.
All this has been funded by a combination of Community Fundraising, Gifts ( plants,tools,horse manure etc ) and a small Starter Grant of £250 from a local council.
The Group now wants to actively encourage children, young people and the unemployed to come along.
Also, to install a polytunnel so that a greater range of vegetables can be grown and for a longer period of the year. Courses and activities can be put on and learners would be able to shelter from the rain and cold. These are an amazingly dedicated group of people who are putting loads of time and energy to get this project off the ground. Many people visited it during our “Open Garden” and were delighted at what has been achieved so far. Money from our awards would help this project with the cost of tools and polytunnel.

Once more we come to this wonderful and fulfilling time of year when we can send out the Awards for 2013 from the Seed Fund. The voting was so very close that we decided to “Seed Fund” all the nominations that were shortlisted.
Every one of you that buys our diary, contributes to this fund which is our continued vision. “Thank You”.
The Team would also like to say a huge “THANK YOU” to the members of our Moonshares Cooperative. All your donations went directly into the Seed Fund along with our profits from the 2012 diary and together we raised over £3000. In view of our abundance, we are so very  pleased to announce that we have been able to make awards for 2013 to the following 8 projects:

Also our good friends at KARUNA PERMACULTURE PROJECT received a special award of £100 to aid in their Roundhouse project.

Over the past year we have changed the structure of the Seed Fund to make things simpler and easier with regards to the necessary paper-work and number-crunching that is inevitably involved with monetary donations. We are now proud to announce our Seed Fund Award recipients for 2015 and hope to bring you news of their projects as they progress.

This year we were able to offer a whopping £3200 to the following wonderful causes and projects. Every one of you that buys our diary, contributes to this fund which is our continued vision. “Thank You”. 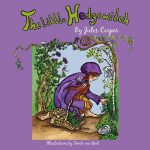 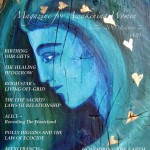 She Who Knows Magazine

The Seed Fund Awards for 2016 went to a diverse range of projects!

Rachael Hertogs, The Daughters of the Earth Lodge, which was to set up a teaching lodge for women and girls . The Seed Fund money helped to secure the site of the lodge and you can find out more about the wonderful work that has been done here ... www.daughtersoftheearthlodge.com

'The Hedge' magazine received funding to help them set up a website and their lovely publication was sent out by our postie Brian to appropriate hand-picked traders who sell our diary and calendar and who we felt may be interested in also selling the magazine . You can find out more about, and follow the progress of this delightful publication, and buy your very own copy at https://www.facebook.com/thehedgeherefordshire

'We the Uncivilised' is a wonderful project very close to our hearts. We awarded some funding to help with the costs for touring the film 'A Life Story' in the summer and even organised a mini day festival at which lovely music was played by some of our local , Derbyshire musician friends and the film was shown to the delight of the audience who were both inspired and moved. To find out more please visit  https://wetheuncivilised.org/

Edwina Hodkinson and the Herbal Caravan are the fourth project who were awarded funding. Edwina is a member of a crew of dedicated herbalists bringing plant medicine, support and healing as well as medicine-making and knowledge-sharing workshops to anti-fracking camps, originally at Barton Moss community protection camp and then at a number of other camps in the north including Hull, Chester, Borras (Wrexholme), Davyholme and Woolston, from their caravan dispensary. 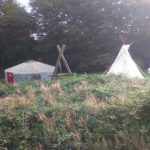 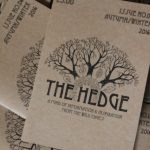 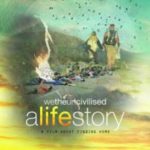 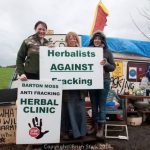 2017 Awards
2018 Awards
We use cookies to ensure that we give you the best experience on our website. If you continue to use this site we will assume that you are happy with it.Ok